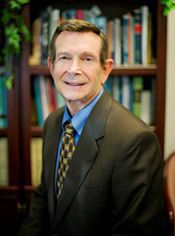 Dr. Maida is recognized world-wide as an authority on refractive surgery and LASIK. He performs thousands of refractive procedures yearly, more than anyone in North Florida. He is among the most experienced LASIK surgeons in the world. Dr. Maida has been using the Excimer laser for over 25 years, seven years longer than anyone else in Northeast Florida. He was also the first to perform the LASIK procedure in Northeast Florida, in 1996. Dr. Maida has been the recipient of the National and International Summit/Autonomous Excellence awards twice; only 20 and 25 (respectively) of the most experienced surgeons in the world received these awards. Dr. Maida is the only corneal refractive specialist in Northeast Florida dedicating his practice to refractive surgery.

After only three years of undergraduate study, Dr. Jerry Maida was accepted to the New Jersey College of Medicine without a diploma. After completion of his medical studies, he was the recipient of a New Jersey College of Medicine Fellowship that gave him an opportunity to work in the “bush” of Tanzania and study tropical disease medicine and work as a medical missionary. Dr. Maida was a Naval Flight Surgeon and pilot in the early 1970’s, and he served his residency at the Wills Eye Hospital in Philadelphia in 1976. He then undertook a fellowship in cornea and anterior segment surgery under Dr. John Sheets in Texas. He earned an MBA from the Wharton School of business in Philadelphia in 1992.

Click Here to See What Patients Are Saying About Dr. Maida.

Dr. Maida organized the first Excimer Laser clinics in the countries of Colombia, Peru and Ecuador in 1993. He trained over 100 surgeons in these countries in courses given with other world-renowned authorities. He has been in practice in Jacksonville for over 30 years, and throughout that time he has been a leader in the field of vision correction.

1989 – Selected by Summit Technology to participate in FDA clinical trials.

1989 – First to use Summit Excimer Laser in Florida and the sixth in the United States.

1995 – One of the first in Florida and in the United States to perform the PRK laser procedure after its approval by the FDA.

1996 – The first in Northeast Florida to perform the LASIK procedure.

1999 – Received Distinguished National Award from Summit Technology for excellence in LASIK. Only 20 ophthalmologists share this prestigious membership into the Summit Apex Plus Society.

2000 – Received the Distinguished International Award from Summit/Autonomous for excellence in LASIK.

First to acquire the Autonomous Tracking Laser in Jacksonville.

One of the first in the country to perform Hyperopic Astigmatism treatment after FDA approval.

First to utilize Wavefront technology in a private practice setting in the state of Florida.

2016 – Dr. Maida merges his practice with Drs. Amit Chokshi and Akbar Hasan of Florida Eye Specialists to now form the largest group of fellowship-trained LASIK surgeons in the region. 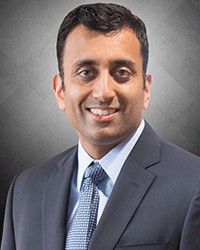 A board-certified ophthalmologist, Dr. Amit Chokshi is highly trained in laser vision correction and is a graduate of the University of Miami’s Miller School of Medicine. After completing his residency at Vanderbilt Medical Center, where he began performing refractive eye surgery, Dr. Chokshi was awarded a fellowship at Laser and Corneal Surgery Associates at the New York Eye and Ear Infirmary, where he specialized in refractive and corneal surgery. Dr. Chokshi went on to serve as the director of the University Of Florida Laser Eye Center. He also held the positions of assistant professor and director of the cornea and external disease division at the UF Department of Ophthalmology. Dr. Chokshi is fellowship trained in cornea, cataracts and is a LASIK specialist with Florida Eye Specialists. Dr. Chokshi was also named Chief of Ophthalmology at Baptist Medical Center for 2015 & 2016.

As children of Indian immigrants, Dr. Chokshi and his sister were raised in the United States, mostly in South Florida. After his training, Dr. Chokshi and his wife, Megha, moved to Jacksonville in 2004. They have the privilege and joy of raising their four children; Sofia, Sahana, Simryn and Sagar. In his free time, Dr. Chokshi enjoys playing golf and regularly exercising. Some of his favorite activities include Crossfit, Running, Weight Lifting, Yoga, and Kickboxing.

Dr. Chokshi originally chose ophthalmology in medical school because of the unique combination of being able to combine his love of surgery to heal while also developing long term relationships with his patients. Dr. Chokshi truly feels blessed to be an ophthalmologist that is able to touch so many lives in a meaningful way. Having been a LASIK patient himself allows him unique perspective of what the experience is like from the patient’s side and also what a thrill it is to have one’s vision corrected. Treating his patients as if they were his family is a priority that allows his patient’s the most compassionate patient care.

See What People Are Saying About Dr. Chokshi: 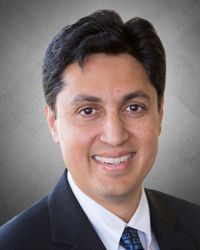 See What People Are Saying About Dr. Hasan:

Maida CustomVision’s national and international activities keep us abreast of the latest technological and procedural advances. We are dedicated to using this knowledge to give our patients better vision. Our focus is to perform the best refractive surgery possible, to provide the utmost in overall quality of care and to be known as technological leader in advancement and refinement of refractive technology. Drs. Maida, Chokshi, and Hasan and our staff would welcome the opportunity to meet with you and help you determine whether laser vision correction could help you see life in a new way.

Our Blog
Copyright © 2004 - 2021 MAIDA Custom Vision, All Rights Reserved. Powered by Connect
Back To Top